Book 3 of the Order and Chaos Series 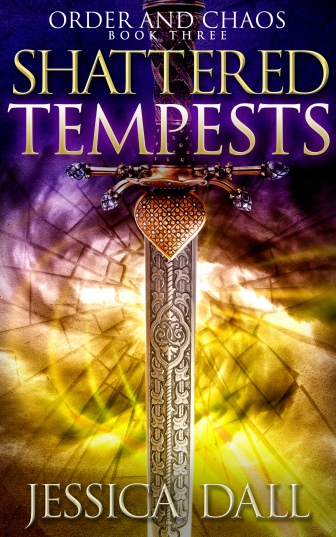 Brier Chastain’s powers have already destroyed two cities. With every use, she finds it a little harder to keep them from overpowering her. Palmer, her cosmic counterbalance, is growing weaker, and she has no one else to help.

Plagued with half-formed visions and other useless abilities, Palmer Tash only wants to be normal. He prefers suppressing his powers to using them, but with Brier struggling, he no longer has a choice. Unfortunately, with the only man able to train him dying, Palmer’s chance to strengthen his abilities may be gone.

With their allies falling, a monstrous army approaching, and prophesies of a gods’ war circling, Palmer and Brier must work out their power problems. If they can’t, they may end up destroying themselves before anyone else has the chance.

EBOOK AVAILABLE AT THESE STORES