Rounding out August in our “Genres (and why we write them)” blog series, is author Morgan C. Talbot, who also writes under the pen name Jasmine Giacomo. Find her on Facebook and Twitter or check out her website at morganctalbot.blogspot.com

I write in two different genres. My epic fantasy writing appeals to my incurable curiosity about How Things Work. And by “things,” I mean everything from oceanic currents to how people get their carbohydrates to weird creature abilities what happens to city dwellers’ poo. (It’s gotta go somewhere.) I geek out over the ancient history of the landmass’s creation—subduction with a hint of volcanism, or the other way around? I draw maps by hand, of everything from continents to city layout. Doing so helps me visualize the area better. Deep down, I really enjoy the control I have over literally every aspect of my characters’ world. I’m basically their creating goddess, and I’m not always merciful. 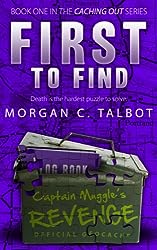 The other genre I write in is cozy mystery. Cozy, specifically, because I love that small-town, squad-goals feel of an everyday girl and her friends sussing out the bad apple in their midst. The focus is on a happy ending, with emphasis on the characters’ daily lives and hobbies. We can all be a cozy mystery heroine, the genre says. We can handle it.

These genres don’t really overlap. You won’t find a lot of fantasy-world mystery novels on the shelves. Fantasy expects me to create entire believable civilizations from scratch, while Mystery asks me to use reality (for the most part) and right a wrong. Fantasy is less concerned with justice for every crime than it is with providing some engaging escapism. Mystery relies on the predictable nature of humanity and small-town life.

I adore all these things about my genres, because they’re close to my heart, even though some things are closer to the left ventricle, and others to the right. I love the absolute freedom to create anything my imagination can envision. At the same time, it’s easier to work on complex motives and secrets when the world they inhabit is familiar and comfortable.

It takes a lot of work to create a new world, though. I’ve been working on my latest fantasy 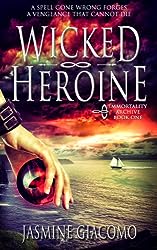 world for about fifteen years now, off and on—I finally feel like I’ve learned enough to do it justice. In that time, I’ve written literally all my other novels: three series’ worth. Building everything from nothing is intimidating some days. The struggle with Mystery is not its complexity, but its expectations. The villain gets a head start, and the interplay of sleuth and villain needs to feel organic while furthering the plot and allowing the sleuth to have downtime with her friends and family. And hopefully a cute pet. Or cupcakes.

For years I’ve imagined my characters like actors who auditioned for the part. They get hired, but the writer is still writing the script. I’ve stuck my heroes in mid-pirate-battle overnight and imagined them hanging from the rigging, cursing me roundly, unable to get down for a coffee or even a pee break. Or, of course, they argue with me. “I don’t sound like that. I want to say it this way,” they protest. And I get them a chai and tell them they have to say it my way because they’re foreshadowing something awesome, and we haggle over word choice for twenty minutes. I’ve had side characters chime in, taking my main character’s side against me. That was a weird day. Basically, treating them like they’re real people allows me a deeper insight into their motivations and goals. I suppose I get it from all the people-watching I do. I’ve been told that I’m spot-on with inferring people’s backstories and motives, but I’ve also been told that I creep people out when I speak up about it. I’ll take that as a compliment because this creeptastic skill helps me do my job better.

I’m a woman of two genres, and never the twain shall meet, except in my heart, ventricle to ventricle. I tried giving up each genre at different times, and I found that I couldn’t. The muses won’t let me. And I’ve learned never to argue with your muse. She always wins.