Today for our “Genres (and why we write them)” blog series, we have thriller writer, John DeBoer. Find him at his site: www.novelsbyjohnldeboer.com or on Amazon

Thrillers are what I like most to read, so naturally, that genre appeals to me as a writer.

Suspense involving potential dire consequences must be a critical element in a thriller, so it’s a given I’d expect to have that be the undertone of the story. And the driving force of the plot, no matter what the sub-genre (political, psychological, medical, legal, etc.) must be the bad guys (or things) posing threats to individuals (or even the world!), which the 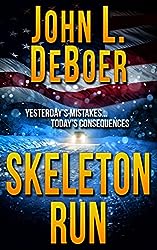 good guys must thwart. This conflict, unlike other genres, by and large, involves lethality.

I’d also expect that the battle between good and bad (not necessarily evil, per se) be
exciting.. This is part and parcel of a thriller.

The elements of romance, sex, even humor, can be included in the story to add spice and sometimes provide character motivations – and I like to have them in my books – but they aren’t a requirement. In my view, incidents of intense action are necessary to show the reality and the magnitude of the threat.

The pace of a thriller story should be relatively rapid, avoiding sections that don’t contribute in a material way to the story. (Actually, irrelevant prose should be avoided in most novels, but it’s particularly true in thrillers.) My approach is to use descriptions sparingly – just enough to define characters and set scenes, so the story flow won’t be disrupted.

What I especially like about the thriller genre, as opposed to a mystery (which also incorporates suspense and can play a large role in thrillers) is the ability to write in the POV of the bad guy (girl) as well as the protagonist. In a thriller, the reader quickly learns the identity of the antagonist. That’s why I consider some of the books of Harlan Coben and Lee Child to be mysteries, rather than thrillers. (Thrillers that have some mystery are not the same thing as thrilling mysteries.) Being able to show both sides of the conflict doing their things out of the awareness of the opposite side appeals to me. In my view, this adds, rather than distracts, from the suspense.

So, I write thrillers, but I also want to get them published – and actually sell some!  Early on, I found that other genres were more popular among the reading public, the large majority of which, it seemed, consisted of women. And thrillers, as a rule, attract more men than women. So I’m dealing with a smaller segment of the reading public than, let’s say, romance writers do (as Red Adept publisher Lynn McNamee likes to remind me! ) But that doesn’t affect my publishing approach. I’ll keep writing thrillers, because I can’t imagine authoring any other genre. My goal is a simple one: to have an audience of my stuff who will want to come back for more, and to grow that audience with each successive book. That would keep my publishers happy, and it they’re happy, I’m happy! 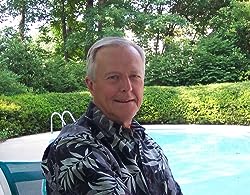 After graduating from the University of Vermont College of Medicine, John L. DeBoer, M.D., F.A.C.S. completed his surgical training in the U.S. Army and then spent three years in the Medical Corps as a general surgeon. Thirty years of private practice later, he retired to begin a new career as a writer. When not creating new plot lines for his novels, Dr. DeBoer pursues his interests in cooking, the cinema, and the amazing cosmos. He’s an avid tennis player, and his yet-to-be-fulfilled goal is to achieve a level of mediocrity in the frustrating game of golf. The father of two grown sons, he lives with his wife in North Carolina.